The Club at WestPark, Roseville, CA

Located close to the city of Sacramento in Northern California, The Club at Westpark in Roseville is a great locale for those who are 55 + and enjoy an active lifestyle in a community-centric environment. As a Del Webb community, this area offers up a number of enjoyable outdoor activities and possesses all the amenities of a metropolitan area. While the community of Roseville started out as a stagecoach station named Griders, the Central Pacific Railroad began construction through the area in 1864 and the area began to develop soon after. In 1909, the town became an incorporated city named Roseville and its development into a community only increased following the post-World War II boom. As one of the most popular locations in the state of California, Roseville is home to many active retirement communities that offer a host of options for retirees who enjoy an engaged, interesting lifestyle.

The Club at Westpark offers numerous recreational options for seniors, and includes a 10,000 square foot center called The Retreat. Beyond the fitness center with an on-site personal trainer and a variety of fitness classes, there’s also a billiards room, outdoor pool and spa, and bocce ball. For those who love to golf, there are a number of golf courses located close to the community including Woodcreek Oaks, Morgan Creek, Whitney Oaks, Diamond Oaks and the Sun City Roseville course. Green spaces close to The Club at Westpark include Mel Hamel Park, William Bill Hughes Park and Blue Oaks Park, where walking, running and cycling can be enjoyed. The area of Roseville is also home to many of Northern California’s best shopping destinations including the Fountains of Roseville Center and Westfield Galleria, the second largest shopping mall in the Northern part of the state. These centers have many luxury retail outlets including Tiffany & Co., Louis Vuitton, Nordstrom and Pottery Barn.

Two highways run through the community of Roseville and close to The Club at West Park. Interstate 80 provides travel through Sacramento and into the state of Nevada, and State Route 65 travels north of Roseville and into Yuba City. The public transit system is managed by MV Transportation and offers 12 local routes through the area. Connections can be made with both the Sacramento Regional Transit line and Placer Country Transit, which provides access to the cities of Auburn, Lincoln and Rocklin, among others. The Sacramento International Airport is approximately 30 minutes away by car and offers flights to locations throughout the United States.

The Club at Westpark puts on many events and shows throughout the year for community members including live music, dinners, dances, educational classes and offsite trips to locations in and around California. In Roseville, one of the most popular events of the year is the annual Independence Day celebration, which includes a parade, fun run, fireworks and a variety of live performances to celebrate the holiday. Beyond Roseville, the Sacramento Jazz Festival & Jubilee occurs annually in May and features performers from all over the world at venues located throughout the city. The California State Fair is also held in the summer months and plays host to more than one million visitors, offering up entertainment, exhibits and a multitude of interesting attractions. One of Sacramento’s most popular events, Gold Rush Days, takes place in the city on the Labor Day weekend to celebrate the area’s history. In addition to featuring a re-creation of what town life was like in the olden days, this event also features a variety of vendors, musicians, and even the option of panning for gold.

The Club at Westpark is an ideal senior community that caters to those 55+ who still want to enjoy an active, fulfilling lifestyle. With many amenities located within the limits of Westpark and in the Roseville area, this is one of the best places to settle in Northern California to enjoy the retirement years and the metropolitan opportunities of nearby Sacramento. If you are interested in real estate at The Club at Westpark, you may want to contact the Walker Gold Group team today for more information on available opportunities for you.

Some Real Estate Listings in The Club at WestPark, Roseville, CA 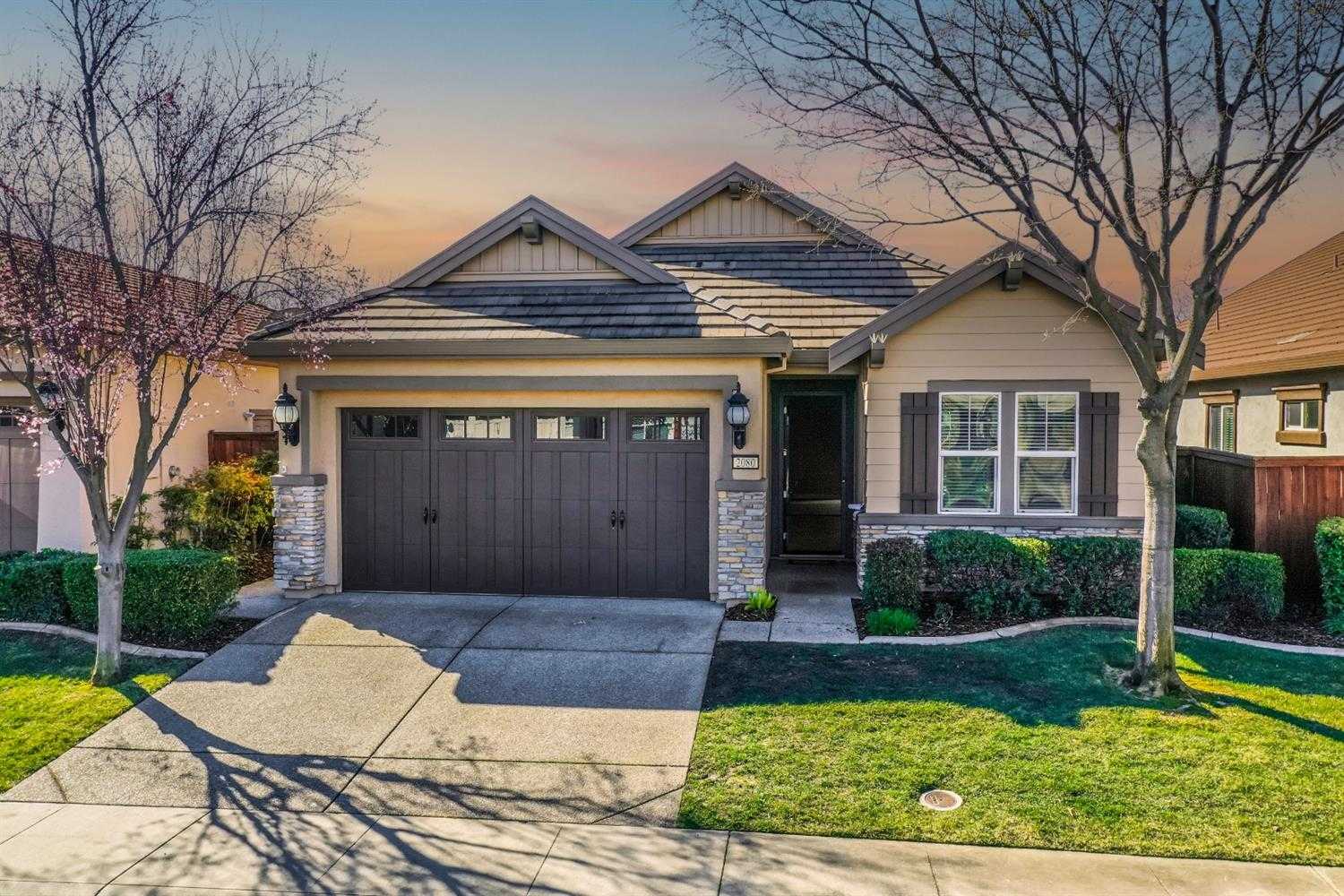 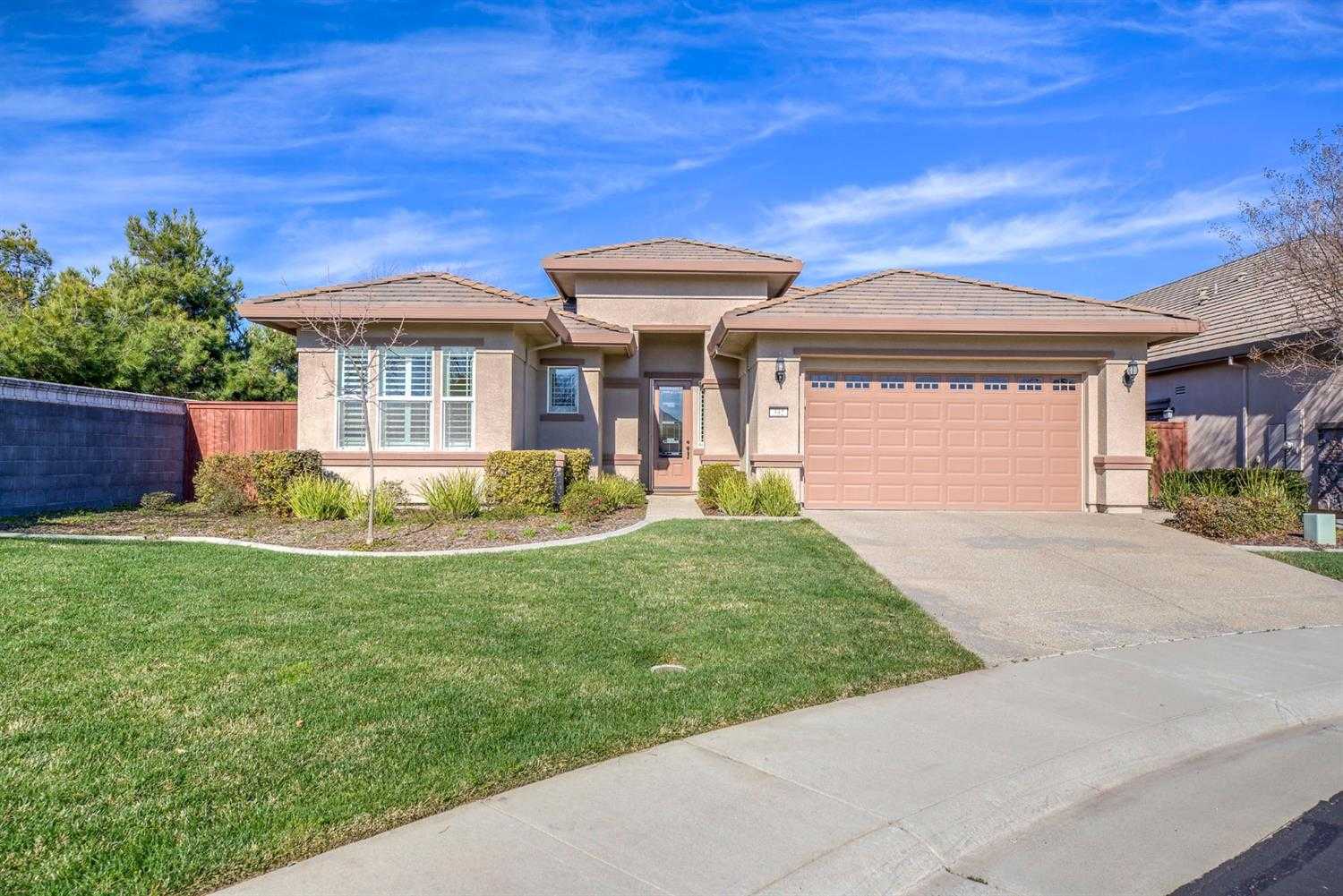 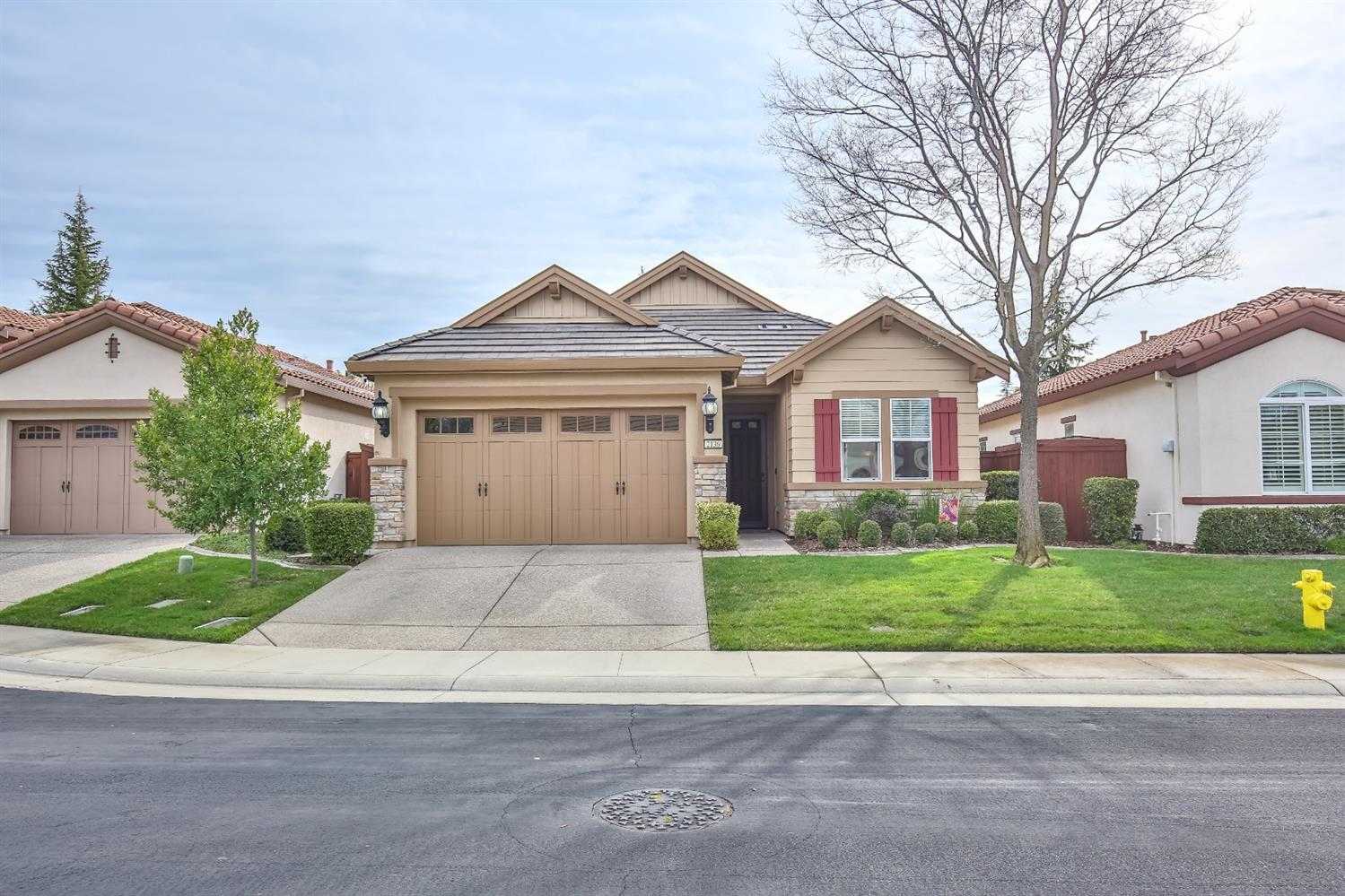 $515,000
3 Beds
2 Baths
1,645 SqFt
Status Pending
MLS # 221008151
Property Type Single Family Residence
Price Type --
Coldwell Banker Sun Ridge Real Estate
THIS HOME IS TRULY ONE OF A KIND! Shows like a model home. Upon entering, you will immediately notice just how meticulously maintained this Nichols floor plan is. Open and airy with designer touches, wainscoting, crown molding and ample natural light that can be found throughout. You will certainly relish your time cooking and entertaining in the eye-catching gourmet kitchen highlighted by gorgeous expansive granite counter island, abundance of cabinet space, built in refrigerator, gas cook top and double ovens. Spacious Great Room concept is the perfect place to entertain with large slider leading to backyard. Your guests will truly enjoy staying in the private guest quarters. Relax and unwind in the gorgeous private backyard with extended covered patio area. Impeccably planted low maintained landscape graces this yard. Quick walk to the remarkable clubhouse that includes year-round fun-filled events and numerous special interest groups for you to join. Buy it today ~ Love it forever!
View Property 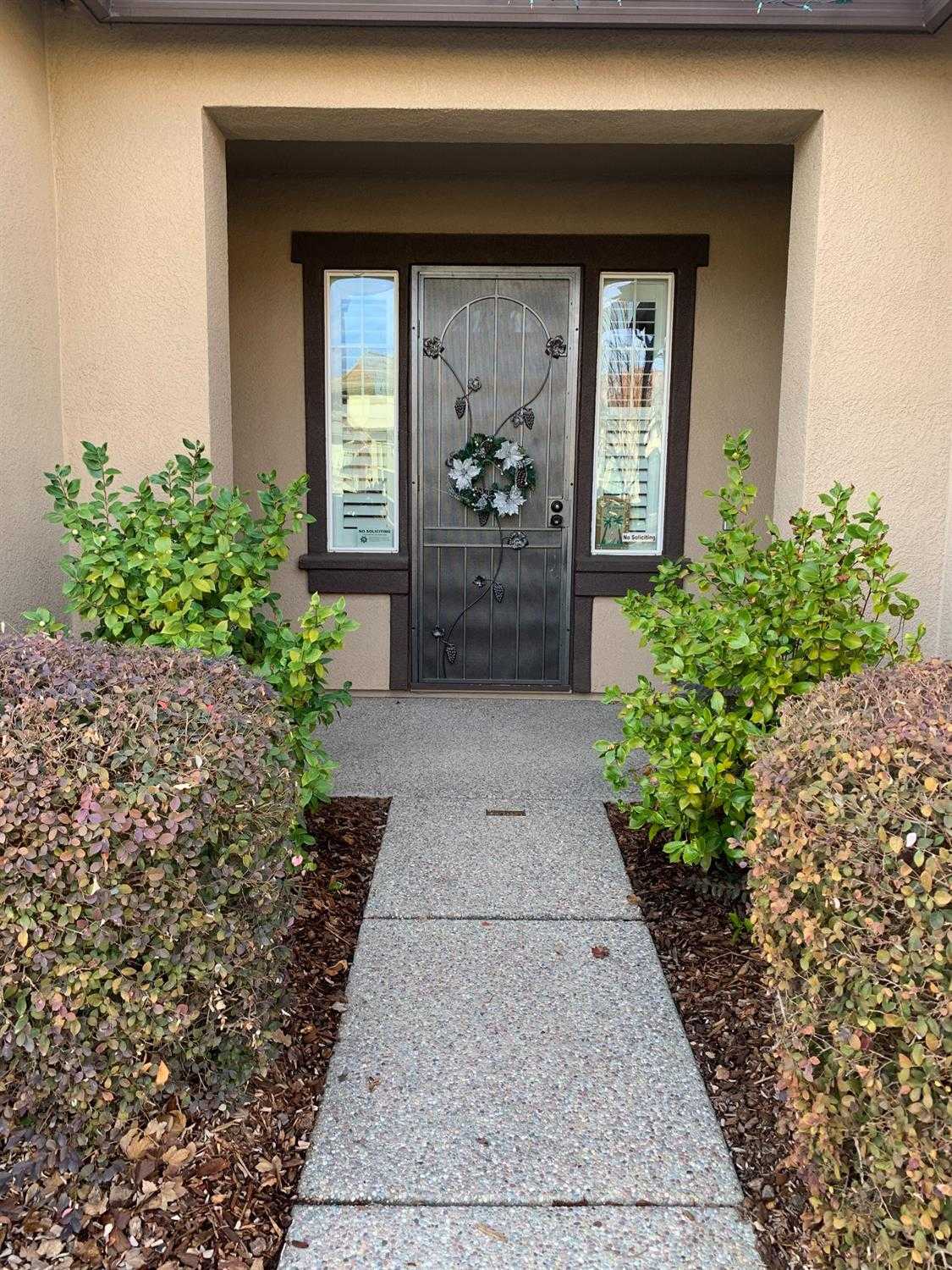 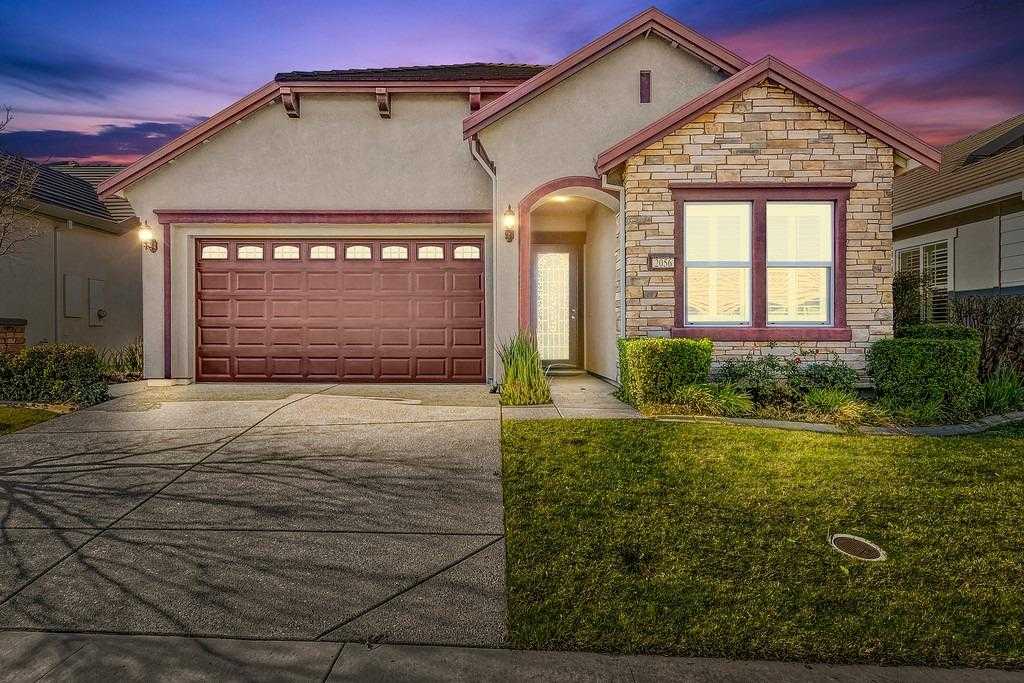 $509,950
3 Beds
2 Baths
1,795 SqFt
Status Pending
MLS # 221003386
Property Type Single Family Residence
Price Type --
Coldwell Banker Realty
WOW! This is an AMAZING home in the highly sought after 55+ Active Adult Community. This beautifully maintained 3 bedroom, 2 bathroom home has all the bells and whistles. The gourmet kitchen features stainless steel appliances, double ovens, granite counters, loads of counter space along with an abundance of cabinetry storage. The spacious family room provides a wonderful area to entertain and shows off the open floorplan design. The indoor laundry room has plenty of storage along with a utility sink and gas or electric dryer hook-ups. The master suite is nicely sized with a romantic ensuite bathroom complete with a stall shower, granite counters, dual vanities and a walk in closet. Additional features include all hard surface flooring, front security screen door, plantation shutters, ceiling fans and fresh interior paint. The car enthusiast will appreciate the 2 car attached garage. Enjoy the private backyard with a wonderful covered patio. This home is move-in ready!!
View Property 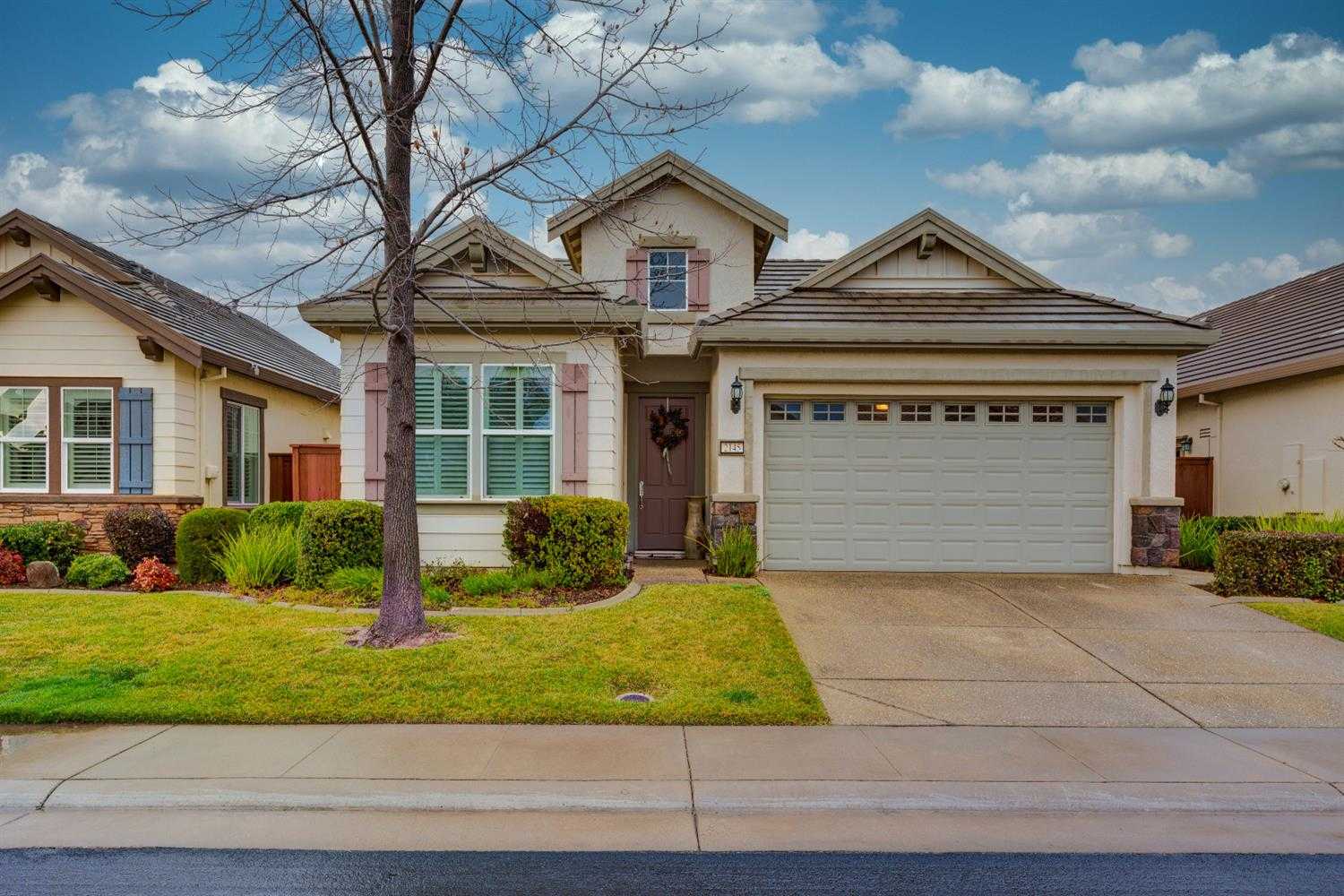 $525,000
3 Beds
2 Baths
1,795 SqFt
Status Pending
MLS # 20082492
Property Type Single Family Residence
Price Type --
Arrow Realty
Looking for your DREAM HOME in the community of The Club @ West Park desired 55+ Active life style community. Your search is over. Highly sought model that features 3 bedrooms 2 baths. Owner's bedroom and guest bedrooms are on opposite side of the structure. It has a Great Open concept that includes the Family Room, Dining Room and kitchen. All of this makes it Ideal for entertaining. The kitchen bar counter and eating area adds additional seating area for those planned gatherings. Shutters throughout, tile floors and beautiful granite counters in the kitchen area and bathrooms. Back covered patio plumed for gas so you don't to worry about running out of gas during those summer barbecue days. Low maintenance back yard with a water feature. Club House is within walking distance.
View Property 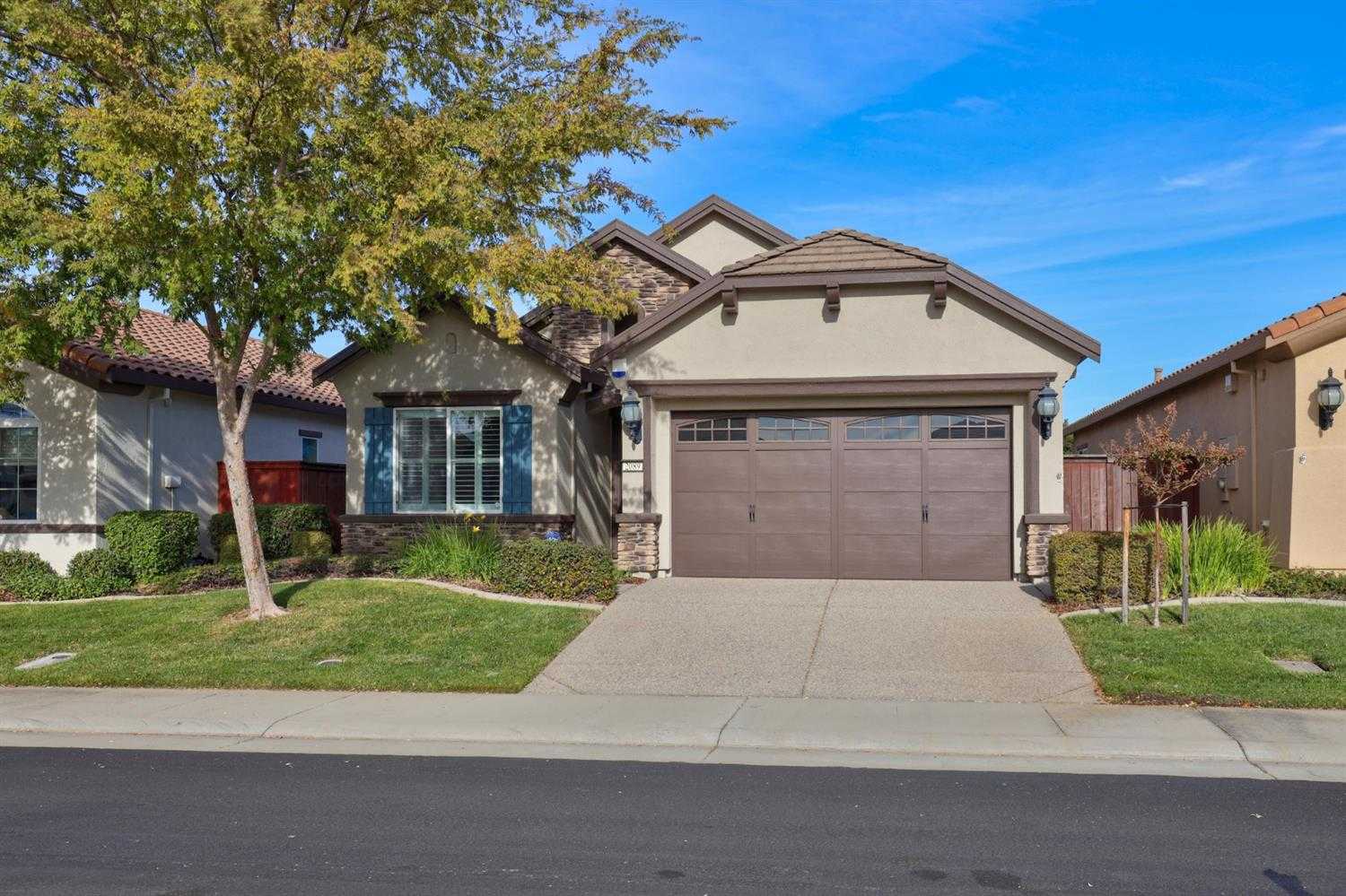 Area Details for The Club at WestPark, Roseville, CA

Area Details for The Club at WestPark, Roseville, CA

Recent Sales in The Club at WestPark, Roseville, CA

Recent Sales in The Club at WestPark, Roseville, CA