About Homes for Sale in Heritage Park

Located in the Sacramento community of North Natomas, Heritage Park is a community-focused neighborhood in close proximity to all the amenities of the metropolitan area. As a 55+ community with 965 homes, Heritage Park is made up of three gated villages that promote an active lifestyle for retirees. While the area is one of the last developed neighborhoods in Sacramento, it is well known for being home to the Sleep Train Arena, the former playing grounds of the Sacramento Kings sports team. The greater area of Sacramento was developed by John Sutter Sr. and his son John Augustus Sutter Jr. who initially established Sutter Fort in 1839. The area was a hub for the industries of agriculture and transportation, and became a central point of interest during the days of the California Gold Rush. While the city experienced many fires and floods following its incorporation in 1850, the area still developed because of its ideal location close to the Sierra Nevada mountain range. In recent years, the area of Natomas has seen significant residential developments and continues to evolve into a hub for central Sacramento and Northern California.

The community of Heritage Park is close to the green sprawl of North Natomas Regional Park, which provides the opportunity for recreational activities like walking, cycling and ball playing. Within the community of Heritage Park, there is also a 25,000 square foot clubhouse with a fitness center in addition to options for gardening, tennis, basketball, volleyball, bocce ball, and indoor and outdoor swimming. The city has an extensive park system of over 500 acres which includes Crocker Park, Pioneer Landing and American River Parkway, among others. Beyond the recreation, the Sacramento area also features many of Northern California’s best retail options including the Arden Fair Mall, Westfield Galleria and Shop the Grid, a midtown and downtown area with more than 50 boutique shops. The city of Sacramento is also home to many interesting museums including Sutter’s Fort, which explores the city’s unique history, and the California State Capitol where visitors can tour the grounds and legislative chambers of the state house.

The area of Heritage Park is located just off of Interstate 5, which provides access in the north to Redding and in the south to Stockton. For the avid cyclist, there are many bike lanes throughout the city that provide access to different neighborhoods within the greater Sacramento area. Regional Transit is the transportation provider in the area for bus and light rail service throughout Sacramento and into other nearby centers. The Sacramento International Airport is just a 10-minute drive away and offers service to destinations throughout the United States.

The city of Sacramento is home to many events throughout the year that appeal to visitors and locals alike. The Sacramento Jazz Festival & Jubilee occurs annually in May and features highly regarded performers from all over the world who play at venues located throughout the city. The California State Fair is also held in the summer months and plays host to more than one million visitors, offering up entertainment, exhibits and a multitude of interesting attractions. Another popular festival that the city puts on is the Pacific Rim Street Fest, a celebration that reflects the diversity of the Asian Pacific population and features a variety of vendors and entertainment options for everyone to enjoy. As a celebration of the area’s notable history, Gold Rush Days takes place in the city on the Labor Day weekend. In addition to featuring a re-creation of what town life was like in the olden days, this event also has a variety of vendors, musicians, and even the option of panning for gold for those who want to test out the waters.

The area of Heritage Park in Sacramento is one of the last settled areas in the capital city, but with its proximity to the metropolitan center and Northern California, it’s the ideal locale for a close-knit community retirement. If you are interested in real estate in Heritage Park in Sacramento, you may want to contact the Walker Gold Group team today for more information on available opportunities for you. 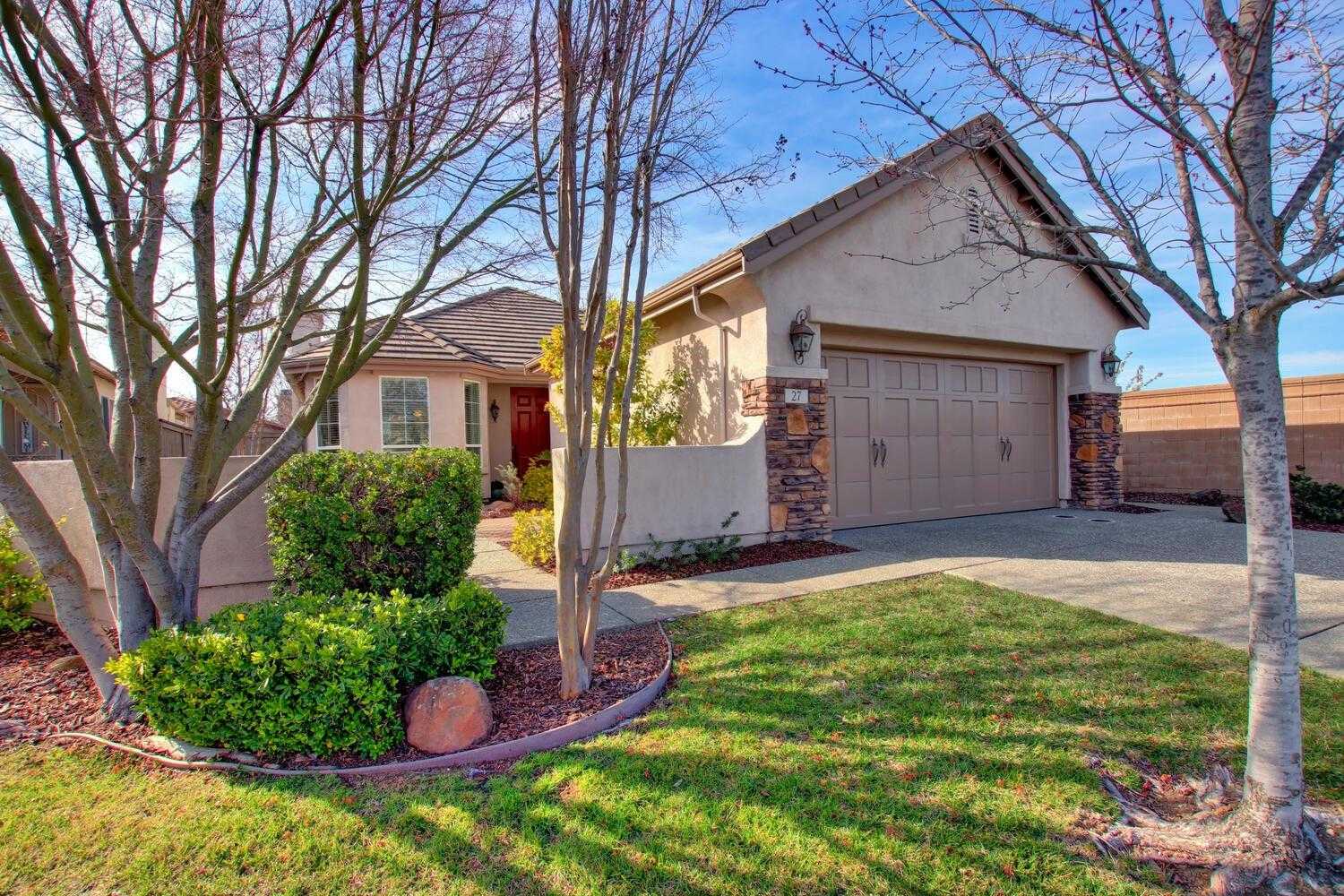 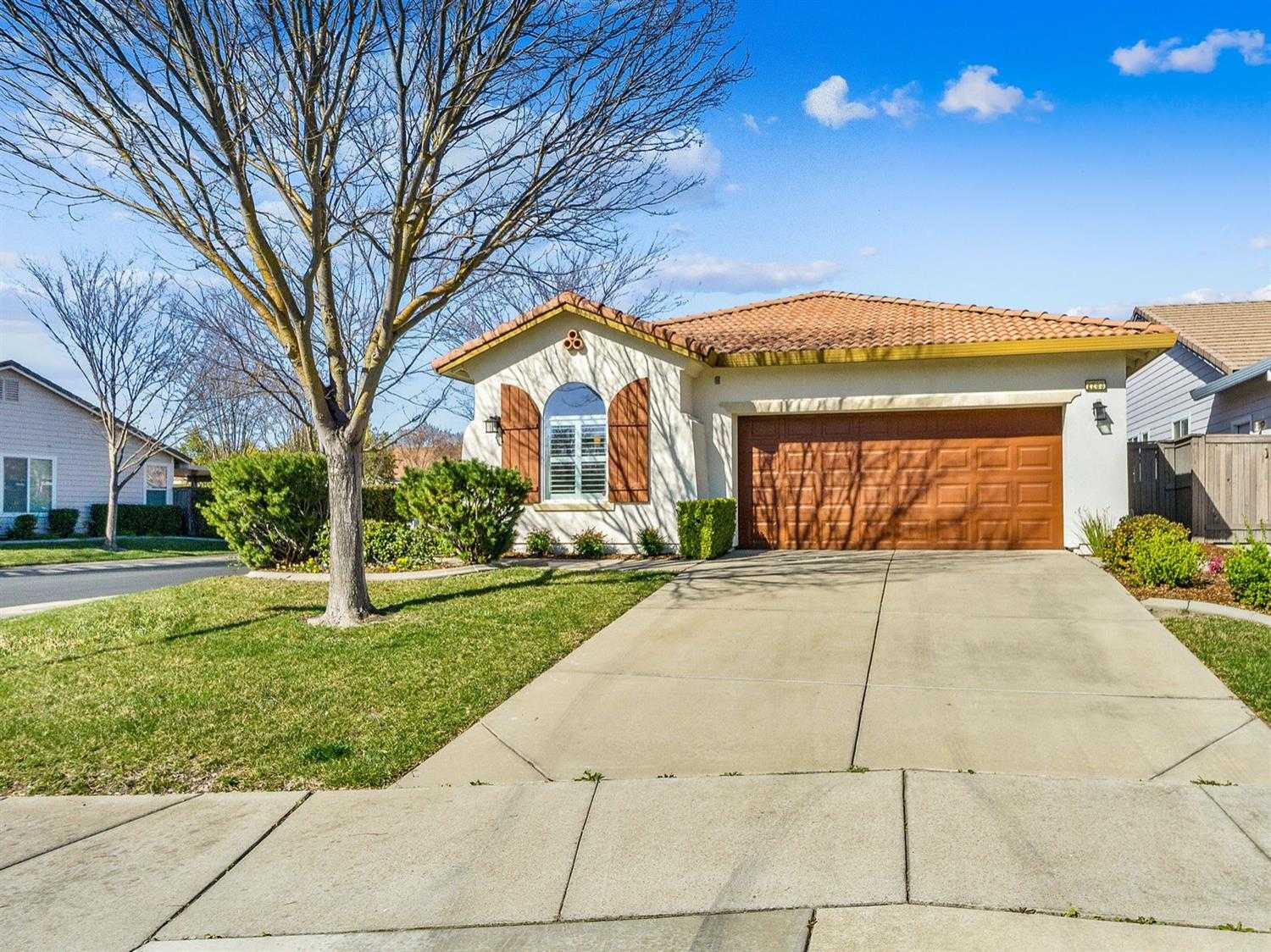 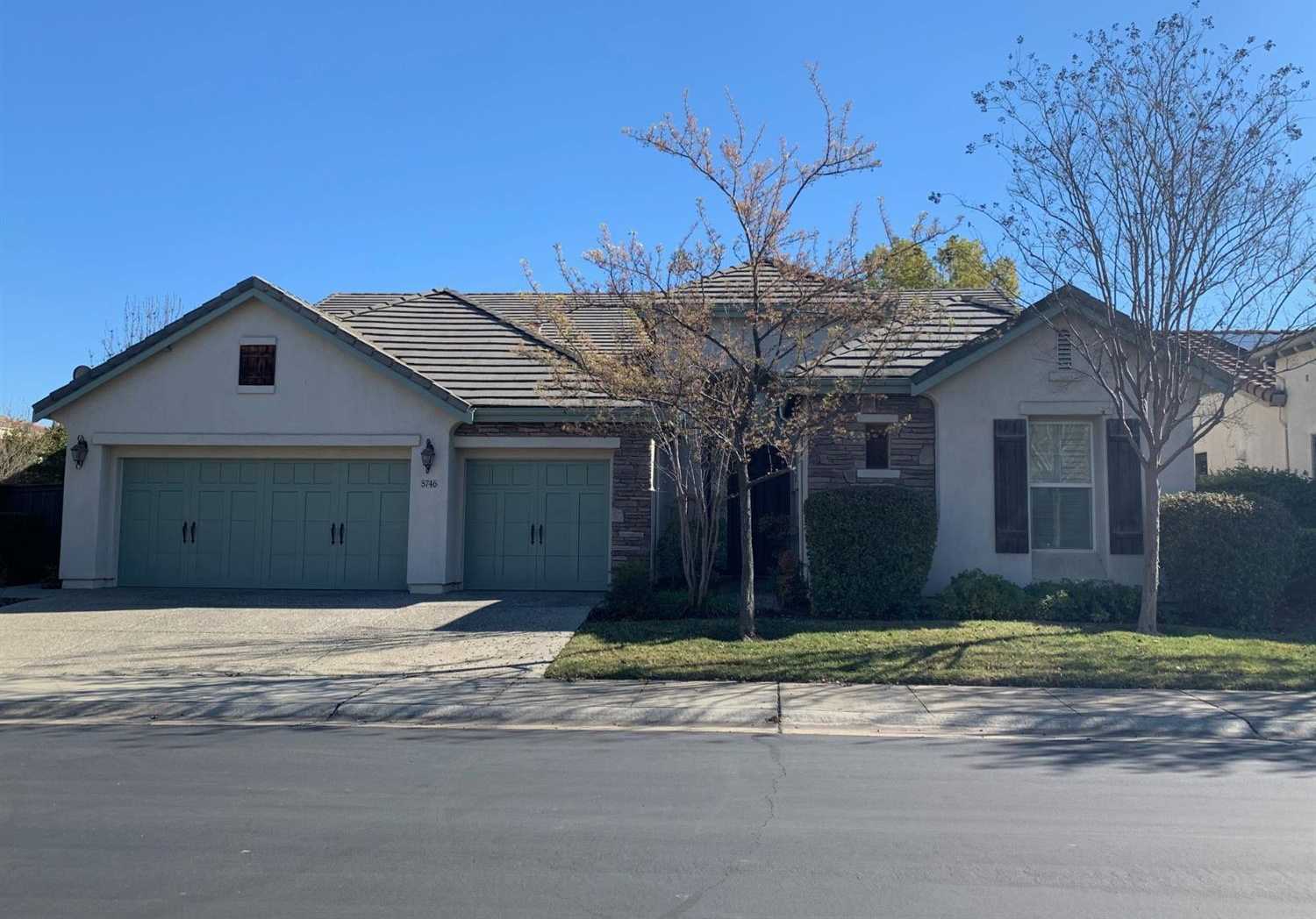 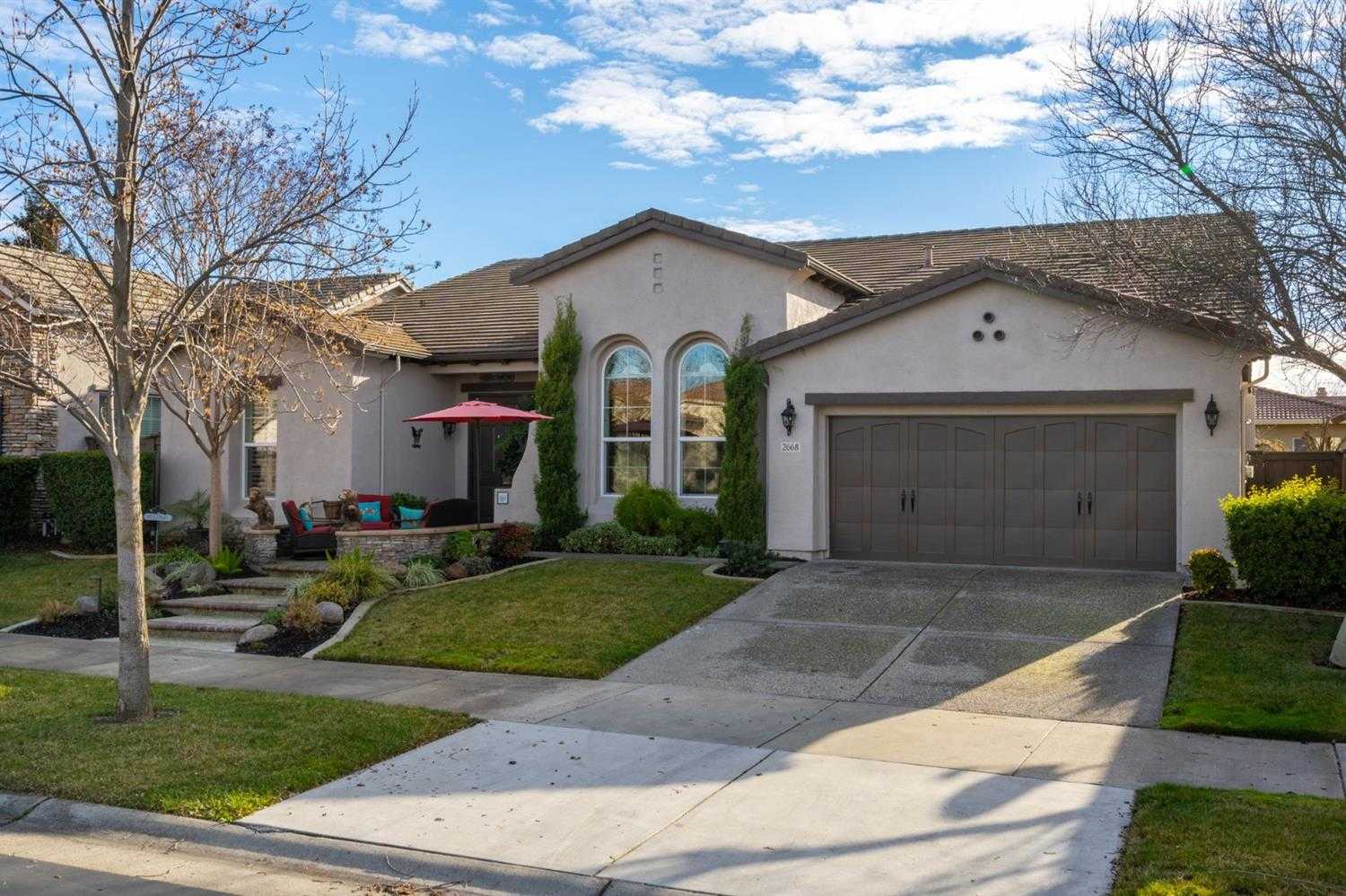 $625,000
2 Beds
2.5 Baths
2,538 SqFt
Status Pending
MLS # 221000225
Property Type Single Family Residence
Price Type --
Lyon RE Natomas
Welcome to Heritage Park, a 55+ active adult community. Nestled in a gated and meticulously cared for area of North Natomas and is gleaming with pride of ownership! As you walk into the home, you will notice the open floorplan with a bright & open kitchen with stainless steel appliances & custom shutters throughout. From the entryway to your left is a bedroom next to a full bath and further down to the left an office or possible 3rd bedroom. The family room boasts a fireplace and looks out to the covered patio area and garden that is an entertainers dream. The backyard is a labor of love, with a beautiful Koi pond and lots of shade for those summer evenings when enjoying wine with your family & friends. Lighting is particularly placed around the backyard so you feel like you are in an oasis! The clubhouse offers indoor/outdoor pools, exercise center, a pub/cafe, movie theater and many activities and clubs to make new friends. You will not be disappointed!
View Property 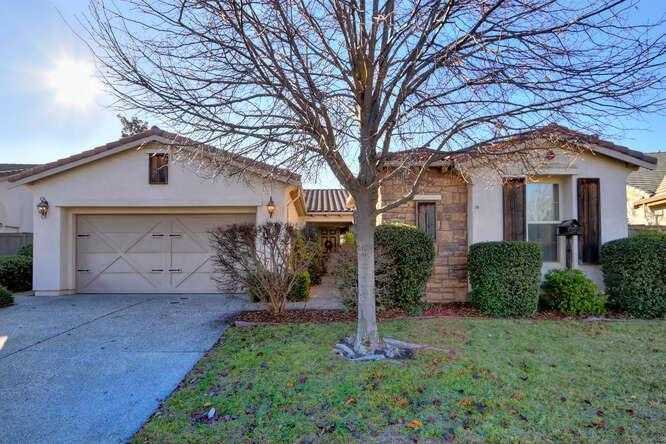